From web to mobile, eCommerce to enterprise, we are the innovative marketing technology experts that can make your business COME ALIVE! 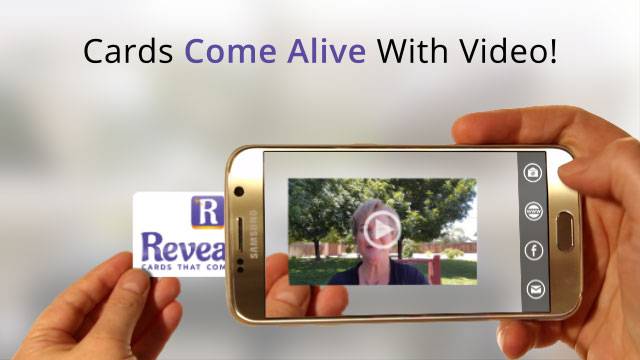 One of the most exciting developments in revolutionary technology is happening right now in the San Francisco Bay Area. REVEALiO, an augmented reality technology company, has developed an innovative new mobile application that makes printed media “come alive” right before your eyes. Initially focusing on the B2C market, REVEALiO is now expanding its operations to offer businesses the chance to engage in a partnership, allowing them to distribute the ground-breaking technology behind the REVEALiO app.

By bridging tradition with technology, REVEALiO offers value and connection between businesses and their customers like never before. Previously, once consumers switch off their digital devices, a company’s ability to maintain a direct connection was significantly reduced. But REVEALiO has proven that this way of thinking is obsolete – and have actually developed the technology to overcome this obstacle.

Businesses can now use REVEALiO to transform traditional printed media – such as a business card – into an interactive, augmented reality experience. The image on the card transforms the user experience by making it “come alive” through a video message. It is perfect for posters, flyers, invitations, book covers…to name but a few.

REVEALiO also realized the application’s potential as a robust, interactive marketing tool. Businesses can now use the virtual call-to-action (CTA) options within the app to captivate, connect, engage and direct their audience. They can use the innovative technology to communicate directly with users and offer them the opportunity to instantly RSVP, buy tickets, contact the business…and more!

The team behind REVEALiO is highly driven by the desire to leave a long-lasting impression on users by providing an interactive experience, and sees almost unlimited potential for businesses to use their technology to do the same. “As a graphic designer, I instantly saw the power of augmented reality on print materials,” says Michelle Calloway-Bowden, Founder and CEO of REVEALiO. “We are able to make brands come alive in a robust, interactive way, never before possible.”

REVEALiO offers businesses the chance to distribute the product as their own, and simply charge a flat-rate fee for the service. The agreement offers a great deal of freedom for the distributor, allowing them to market the product with their own branding and set their own prices. The distributor has the opportunity to generate substantial profits, as they take their cut off the top after REVEALiO has taken their flat rate. A distributor can even have their own exclusive app developed by REVEALiO if they wish to, available to be marketed with their own branding.

REVEALiO is unique in being one of the very few technology companies to be female-owned and founded. Furthermore, Michelle Calloway-Bowden co-owns REVEALiO with her husband Jerry B Bowden, a disabled vietnam veteran of the U.S. Armed Forces. Their intimate knowledge of the Armed Forces led REVEALiO to design and develop personalized, interactive printed greetings cards for U.S. servicemen overseas. As a result, REVEALiO helped to connect partners and families, who were thousands of miles apart, like never before.

“When I first saw this technology I knew it needed to be shared,” says Michelle, “It connects the digital and physical worlds, and enhances human relationships. It is a magical portal into the hearts of man.” Not content to just fly the flag for women and veterans in the technology industry, Michelle is also a best-selling author. True to her word, her compilation book for entrepreneurs utilizes the REVEALiO app, resulting in an interactive, augmented reality book cover.

Much like her company’s technology, which makes all kinds of printed media come alive, Michelle is determined to turn her dreams and ambitions into a reality. She is driven by her desire to leave a long-lasting impression on people and help them feel loved and connected, and believes other likeminded business professionals can use the REVEALiO technology to do the same. You can learn more about the REVEALiO distributor program and partnership opportunities for your business here.

Previous Post Magical Printed Christmas Cards That Come Alive and Talk! Next Post VR has real applications for brands today. But is it worth pursuing?

Proud Member of The Batchery